My website, garretizumi, has been redesigned and updated!  Many thanks to Marty Kuhrt for hosting my site up to now.

2017 Year of the Rooster Calendar

2016 is my year, year of the Monkey.  The 9th animal in the 12 year cycle of Chinese Astrology.  Some characteristics of the monkey are wit, intelligence, curiosity, mischievousness and are clever with a bit of naughtiness.  If this is you or someone you know, all of you need this calendar.

This is a 5 color screen printed calendar in a signed and numbered edition of 100.  The calendar measures 14″X20″ and printed on Stonehenge stock.

Have a great new year!

If All Else Fails 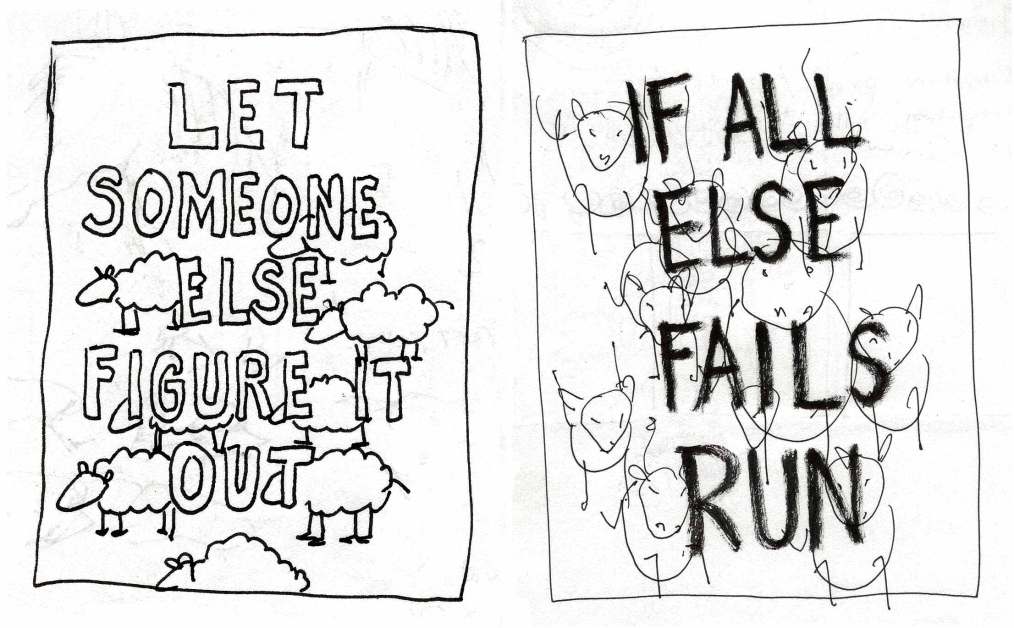 Unnatural Gas Or What’s That Smell?

Natural gas and energy commercials have been leaking onto the airwaves for a number of years now. Lately, there seems to be more of them. Apparently, the sponsor wants to prepare us for a progressively aggressive sell of energy research and development.
A recent TV commercial depicts a group of college science students discussing the pros and cons of natural gas research and development. One student has reservations but the others students explain how new research and development is clean, environmentally safe and creates jobs. The student is won over.
It will be interesting to see how this plays out in reality. Our country has an aging and outdated energy infrastructure of natural gas and power lines. Combine the decay of the systems with changing weather patterns and the stress on the systems increases. Global warming has produced record breaking conditions that will continue indefinitely.
No energy extraction is without risks to the environment. The ill effects have become more prominent as they have begun to occur with more frequency; nuclear meltdowns, oil spills, ground and water contamination, mining accidents etc. The number of people affected by these disasters is in the millions. The stress of this on the economy will eventually reach critical mass. Which will it be; evolution, revolution or depopulation?
I’d like to be an optimist on this one.  I like to think there will be a change in the way we do business with our planet.  A change that will be symbiotic not parasitic.

I recently viewed a 100th Birthday celebration documentary on the life of Louis Armstrong, one of my favorite artists of the 20th century.  Louis was one of those rare artists with the ability to tap into the creative well and fully explore his abilities and talent.  With a drive and exuberance for life, Louis Armstrong redefined musicianship with his playing and singing skills.  He accomplished this by overcoming poverty and racism in early 20th century New Orleans with tremendous talent, heart and determination.

In 1923, he burst onto the national jazz scene in New York with the Fletcher Henderson Band, he played trumpet like nobody ever before.  But for me, his singing is what opens the doors of perception.  Beyond the gravelly iconic voice, was a sound of incredible emotional range.  Creativity gives us the opportunity to see the world in a new way with new possibilities.  The best of his recordings still open those doors of possibilities.

Some of my favorites in no particular order:

Thank you David Lasky for the art!

Have we redefined what greed is?  Is greed different from our parent’s definition?  Is it an inseparable part of human nature?  Earthbound, weighted and tied down, can we ever transcend beyond it?  I turned to my mid-century(1951) Webster’s New Collegiate Dictionary for a ‘point in time’ reference where greed is defined simply as; “Acquisitive desire beyond reason; greediness.”  Flash forward to the present, the online merriam-webster dictionary defines greed as “a selfish and excessive desire for more of something (as money) than is needed”.  The current popular definition according to Wikipedia defines greed as “…a sin of excess.”

We all know what greed is because we’ve all experienced it to some extent at some point in our lives.  Greed grows out of needs gone unchecked. Greed can be its own reason for being. It’s self-sustaining but it needs a host to exist.  It’s as intangible as air but it can manifest itself in material form.  To survive, greed can camouflage itself as being something other than the obvious.  Greed has the ability to render itself
invisible especially to the host.  Can this parasite be removed without harm to the host?  It’s not an alien lifeform, it’s as human as we are.

Perhaps evolution will occur when we can realize personally and as a society where the “acquisitive desire beyond reason” comes from and how we fit that realization in with our moral compass.  In our day to day lives, perhaps evolution is by personal choice.

3 1/2 lbs., the approximate weight of the average human brain.  It’s time to think and act above average.